Achieving a Green Economy in Cameroon: Education for Sustainability is a Pre-requisite 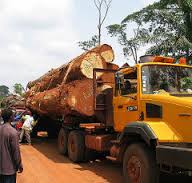 Having failed to ensure an Enabling Environment on transparency and open budget practice (Rank: 46th/58, Score: 17/100) Cameroon received a "failing" score of 17, performing particularly poorly on measures of budgetary openness and the rule of law.

Cameroon's oil production peaked in 1985 at 181,000 barrels/day and then steadily declined to 60,400 barrels/day in 2011. The government continues to be heavily dependent on the petroleum industry; oil and gas revenues accounted for 25 percent of government funding in 2011, and the extractive industries made up 53 percent of Cameroon's exports in 2010. The mining and natural gas sectors are expected to grow, thanks to substantial foreign investment and new wells coming online in 2013.

Cameroon received a "failing" score of 34, ranking 47th out of 58 countries. A relatively high score on the Institutional & Legal Setting component was countered by poor performance on the rest of the RGI.

To explore all data and compare scores, use the RGI Data Tool.

Cameroon's "partial" score of 63 is its highest on any component, reflecting substantive reporting requirements but a lack of independence in the licensing process and a non-transparent system for collecting extractive revenues.
Cameroon's national oil company, the Soci�t� Nationale des Hydrocarbures (SNH), dominates the sector. It is directly controlled by the Presidency and holds a partial interest in most projects, while also regulating the industry. The largest revenue streams are collected by SNH and transferred quarterly to the national treasury after subtracting the company's operational costs�meaning that some oil revenues never reach the treasury. The tax department of the Finance Ministry collects corporate taxes from private oil companies and the SNH.
The Oil Code requires companies to conduct environmental and social impact assessments, including public hearings, before the start of exploration and production. Cameroon remains an Extractive Industries Transparency Initiative (EITI) candidate country and has until August 2013 to complete its second attempt at the validation process.

Aside from publishing environmental impact assessments, Cameroon provides little information on its extractive sector, earning a "failing" score of 33. SNH has recently begun publishing terms of reference for the licensing of new oil blocks, representing an improvement in transparency but contracts are not published. The tax department of the Finance Ministry does not have a website, but EITI reports are considered official ministerial publications. These reports contain information on production volumes, the names of companies operating in the country, production data by company, dividends, bonuses, license fees, acreage fees, and corporate taxes. They allow for multiyear comparisons, but the data are only published after a delay of four to six years. The Mines Ministry does not publish any information on the oil sector. The Bank of Central African States has published some information up to 2009 on production volumes, prices, the value of resource exports, estimates of investment in exploration and development, and sales to domestic refineries.
Despite relatively progressive rules requiring community participation in environmental and social impact assessments, the public consultation process is problematic, with civil society given only limited access to documents that are often highly technical or have not been translated into local languages.

A general lack of oversight mechanisms and ineffective auditing led to a "failing" score of 25. The Oil Code prohibits appeals of licensing decisions. The Audit Bench of the Supreme Court audits state accounts, but capacity constraints make effective reviews of extractive revenues impossible. There is no legislative oversight of the oil sector and officials are not required to disclose their financial interests in extractive projects. Apart from EITI reports, ministries' reports are neither timely nor understandable.

Cameroon received a "failing" score of 17, performing particularly poorly on measures of budgetary openness and the rule of law.

SNH is fully state-owned. Little information is available about its management; not even the names of board members are available on the company website. SNH's sale of the oil it receives in-kind generates its largest single revenue stream. The national budget includes estimates of the company's revenues, but spending is not reported, and SNH's accounts are not audited to international standards. Apart from quarterly reviews that are not accessible to all, the company does not publish detailed narrative reports on its activities. Statistical tables for 2011 were published on its website with information on production volumes, prices, production data by company and block, production stream values, royalties, and bonuses, but the tables do not allow for multiyear comparisons. Download the Full report here