Final report on the study of corruption and fraud in the procurement process of the Ministry of Public Contracts in Cameroon for the 2013 Financial Year.

New records on irregularities, financial values for public contracts for bidding in the South West Region for the year financial year 2010, 2011, 2012 and 2013 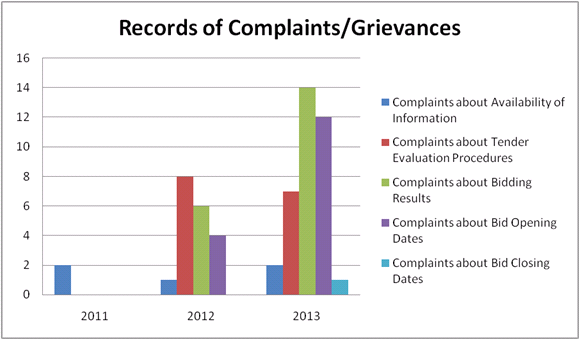 FITCAM releases new records on irregularities, financial values for public contracts for bidding in the South West Region for the year financial year 2010, 2011, 2012 and 2013. Equally included in the release are cases of fraud and bribery as well as a comparative analysis of grievances lodged by public contractors from the year 2010 up to 2013. 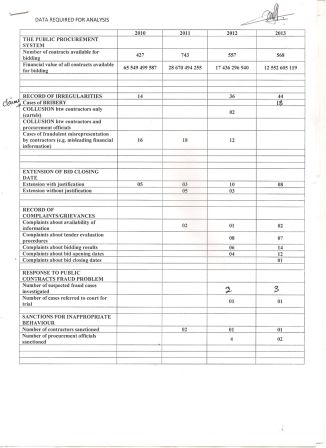 Records on Irregularities, financial values of contracts for bidding, as well as cases of fraud and corruption as well as complaints and grievances received by South West Regional Government from contractors on the procurement process in the South West Region and sanctioned. 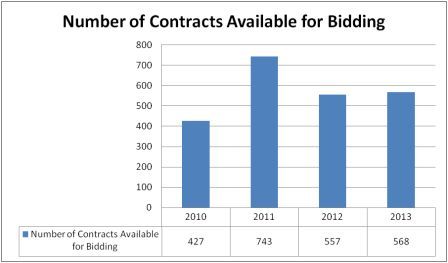 Source: ARMP and MINEPAT South West Regional Delegations
Records show that the number of contracts on government records available for bidding was at its highest in 2011, and just a small increase in the year ended 2013 as far as the South West Region is concern. 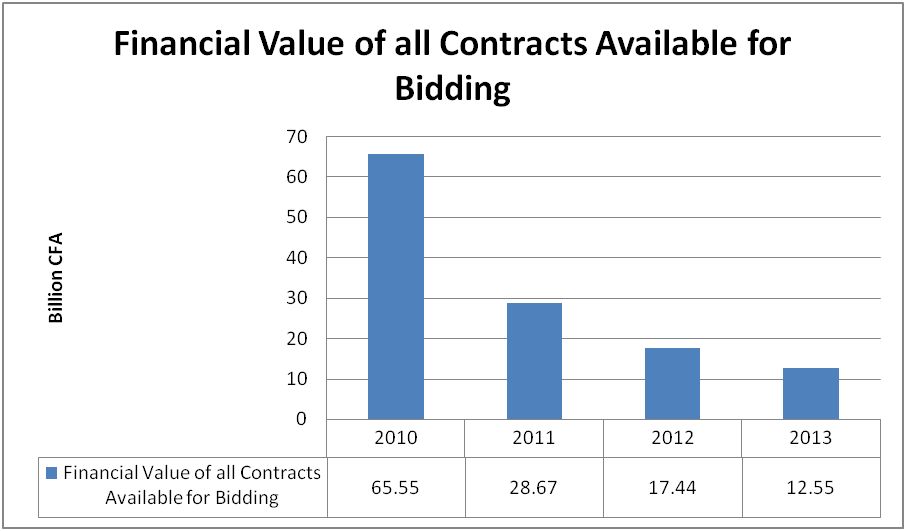 The financial value of public contracts that were available for bidding was at its highest in 2010 and surprisingly at its lowest for the 2013 financial year in the South West Region as seen from the records registered at ARMP and MINEPAT for the 2010, 2011, 2012, 2013 project years. 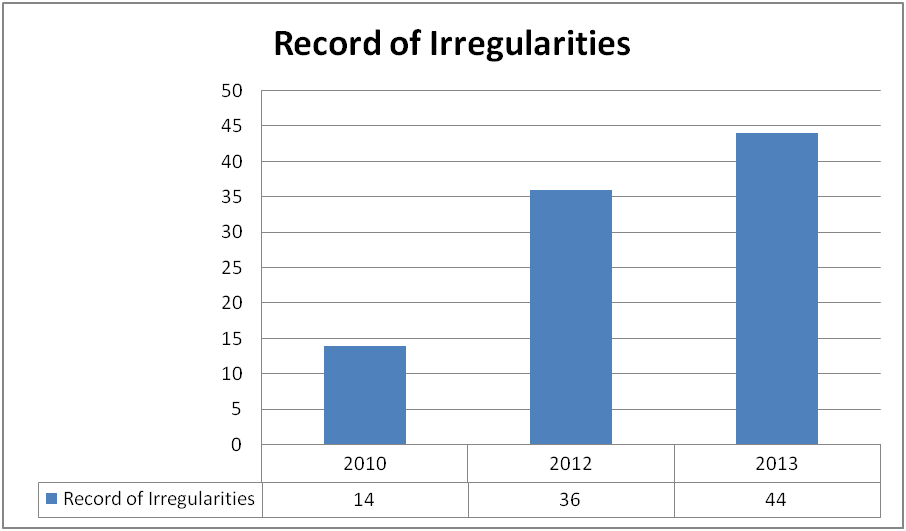 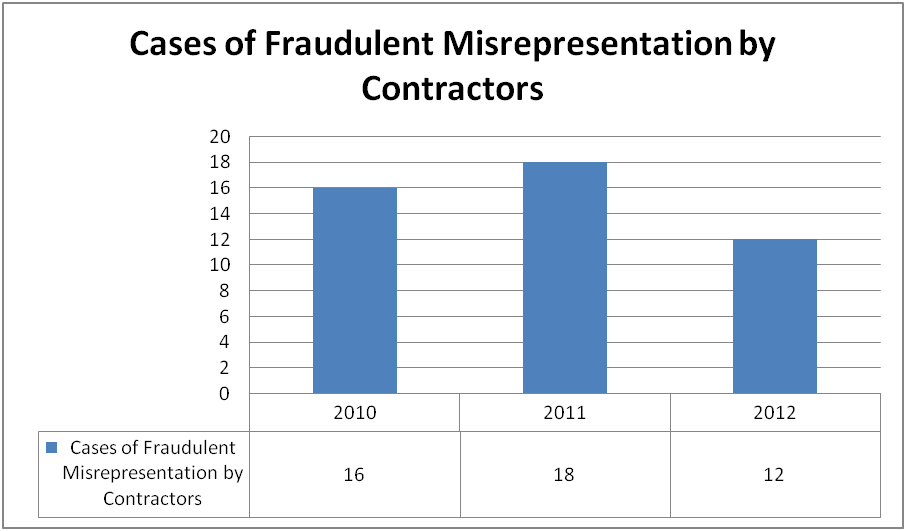 As far as cases of fraudulent misrepresentations by contractors were concern 12 cases were recorded for the 2013 financial year as per ARMP source. 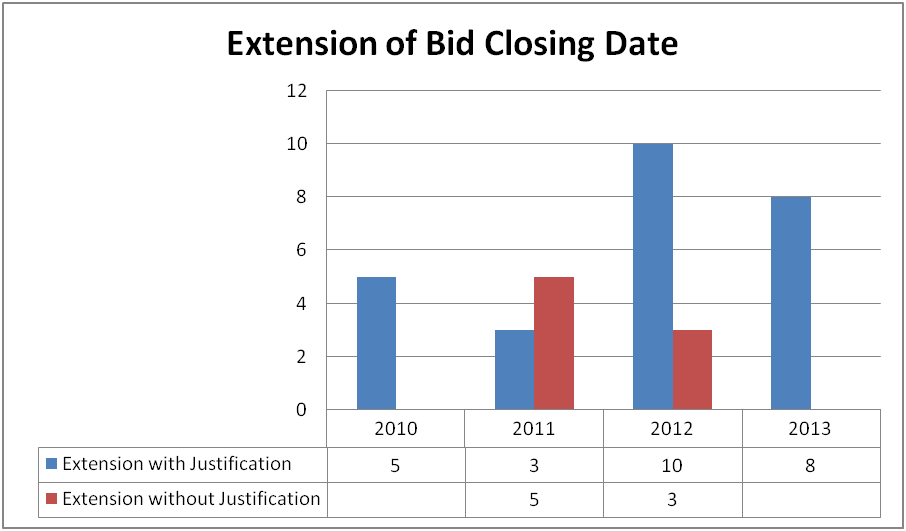 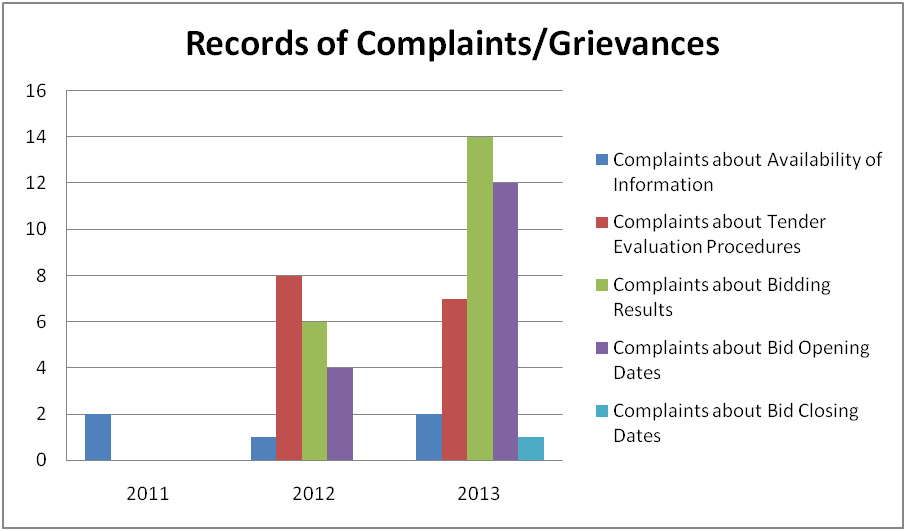 The chart above shows records of complaints about availability of information, tender evaluation procedure, bidding results, opening and closing dates respectively; up to 14 cases of complaints were registered about availability of information.7 about the tender evaluation procedure and up to 14 complaining about the bids results. Bids opening and closing dates had 2 and 0 cases respectively for the 2013 project year. 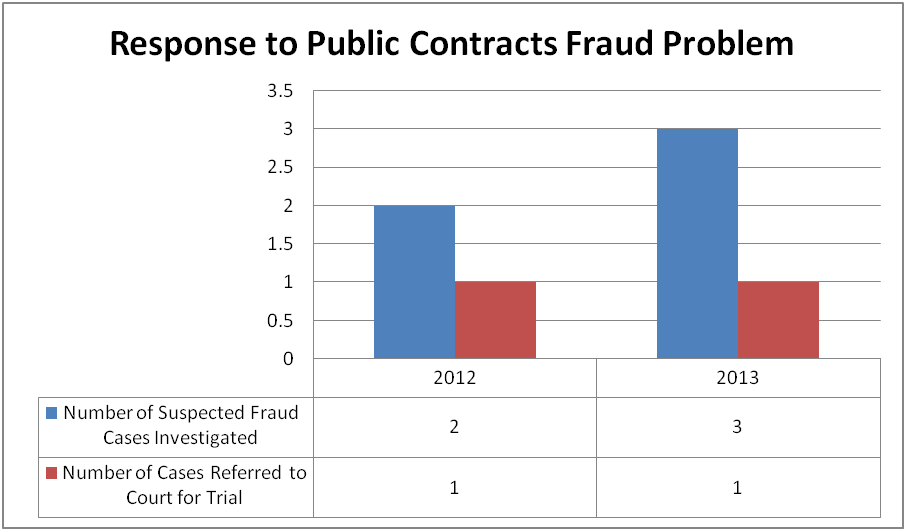 Source: ARMP and MINEPAT South West Regional Delegations
For 2013, up to 3 suspected fraud cases have been investigated and 1 referred to court for trial. 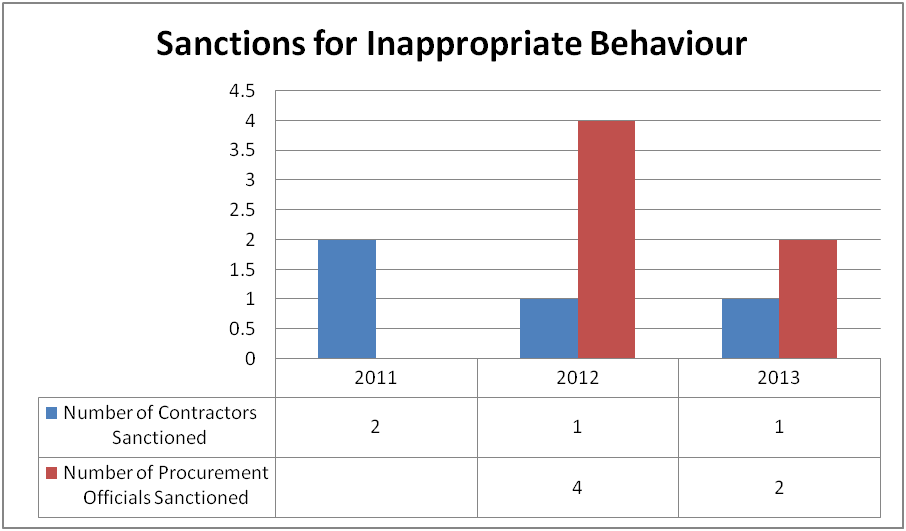